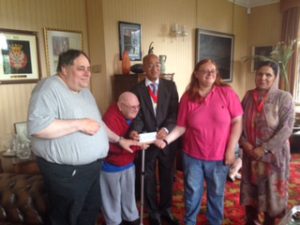 Ken, Tracy and Bill, chair, secretary and treasurer of Dudley CIL receiving a cheque for £12,200.00 raised by Cllr Hanif during his year in office as mayor of Dudley. 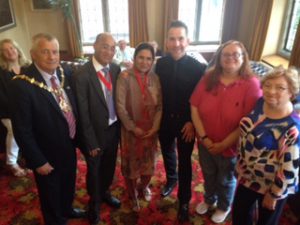 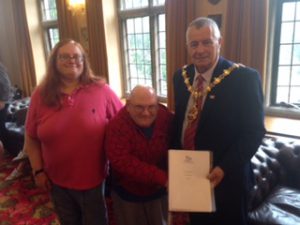 Bill and Tracy presenting a report to the mayor on adult social care as part of a week of action by DPAC July 2017.

View all posts by: admin